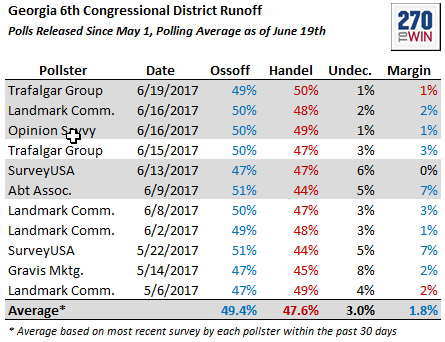 Ultimately, the race will come down to Election Day turnout. The polls are open from 7AM to 7PM on Tuesday.