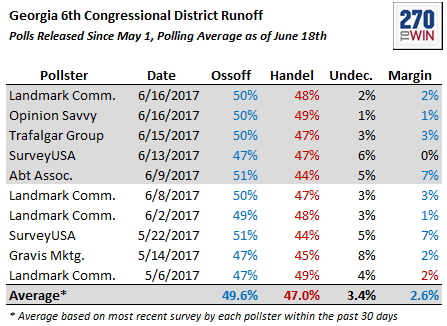 The overall polling average is now Ossoff +2.6%. Ultimately, however, the race will come down to Election Day turnout.  Both surveys showed Ossoff with a wide lead among early voters, with Handel expected to fare much better on Tuesday.