The Washington Secretary of State is reporting 4 faithless electors in today's ballot, with 8 votes going to Hillary Clinton, who won the popular vote there.

Three of the faithless electors voted for former Secretary of State Colin Powell, with one voting for Faith Spotted Eagle.

There have been other attempts today at electors voting other than pledged; these are apparently the first ones to be allowed. 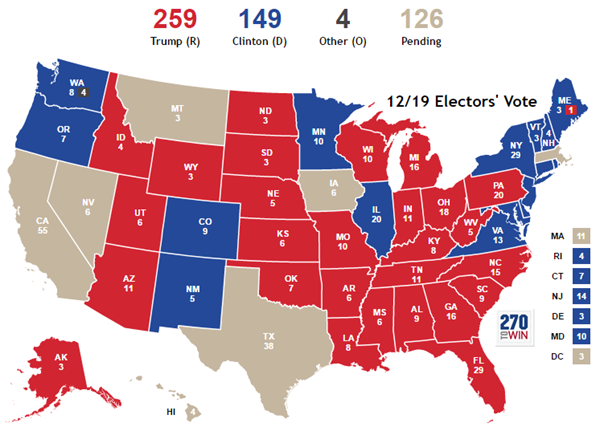