What Time do the Electors Meet on December 19th?

For those interested, we've compiled a schedule of what time (EST) the Electors of each state will convene on Monday, December 19th. During this meeting, in accordance with individual state rules, the Electors will cast their actual votes for president and vice-president. 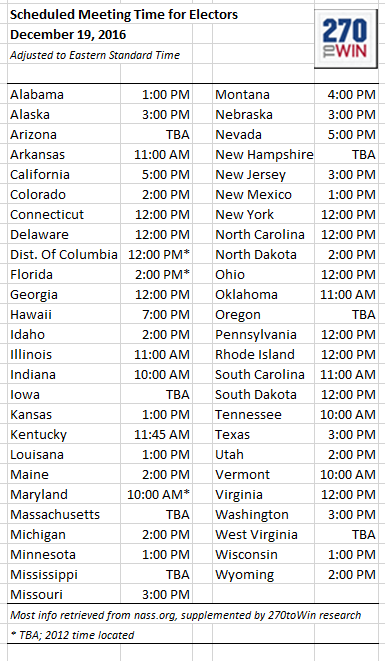 Most of this information was compiled from the National Association of Secretaries of State. Where a state's code does not specify a meeting time, we've looked for press releases or media accounts. A few states remain TBA; we'll try and update in the days ahead.

The meetings are usually held in a state's capital city.