With the close of the Democratic convention, the 102 day general election campaign is finally underway. It's likely to be nasty.

Politico reports that "the reality is that both parties, saddled with two of the most unpopular presidential nominees ever, are bracing for one of the ugliest and most divisive races in modern history. And with Trump’s penchant for the unpredictable, a contest that has already stretched the boundaries of traditional American political discourse is unlikely to become more civil."

As the campaign gets underway, the national polls show a very close race. Clinton leads by 1.6% on average; a number that is cut in half when just looking at polls that have included Gary Johnson and/or Jill Stein. It's important to note that the most recent polls reflect a convention bounce for Trump; we may see an expansion in Clinton's lead as the first post-Democratic convention polls are released. It will likely take a few weeks for things to settle down. 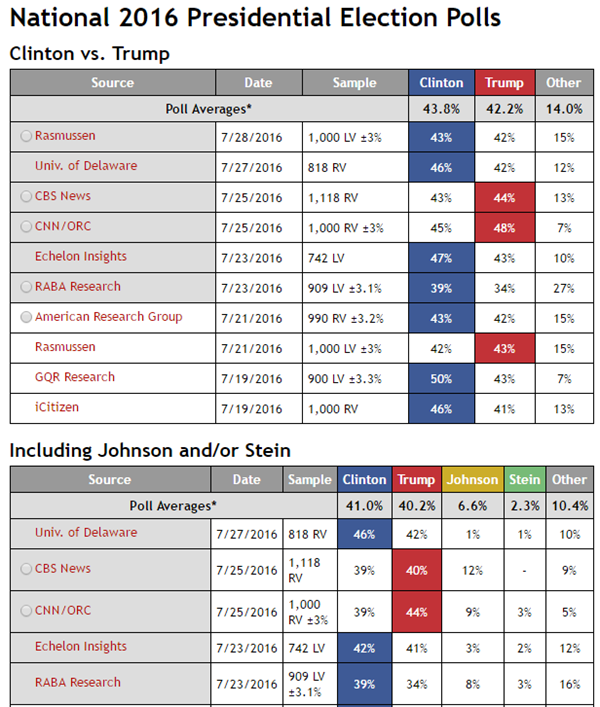 August should also see a significant uptick in state-level polling, increasing the relevance of the electoral map based on polls.