Updated Electoral Map Based on Polls

Here's the latest electoral map based on state-level polling. States not yet polled are in gray. Toss-up states (tan) are those where the average difference between Clinton & Trump is five points or less. The lighter blue/red reflect spreads of five to ten points, and the darkest blue/red greater than ten points. 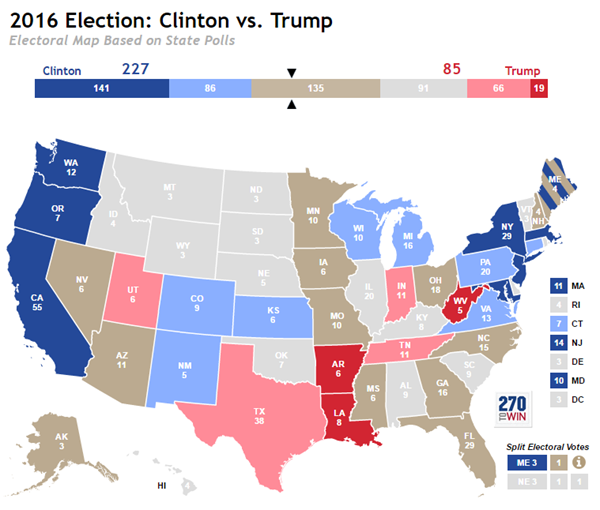 There have been quite a few state polls this week, which have led to some shifts in the map. Most notably, Colorado and Virginia have moved from toss-up to leaning Clinton. On the other hand, national polls have been showing a tightening race. Since state polling isn't as frequent at this point in the campaign, this map may not fully capture the current state of the race.

This lack of frequency and/or recency can also yield some unlikely results. States like Kansas and Mississippi are not likely to stay where they are now as more data comes in.

The map below takes the polling map and applies the 2012 outcomes for unpolled states. Click it for an interactive version. 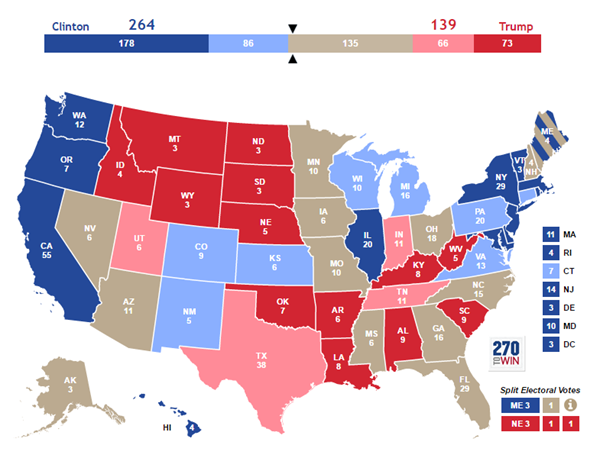