NPR recently ran articles listing a set of prospective running mates for Hillary Clinton and Donald Trump. For each prospect, a short biography was included as well as a brief (100 words or less) narrative.

While the lists are extensive, the ultimate choice for one or both nominees could be someone else. For example, today brings news of a new name being vetted by Clinton, retired Admiral James Stavridis. 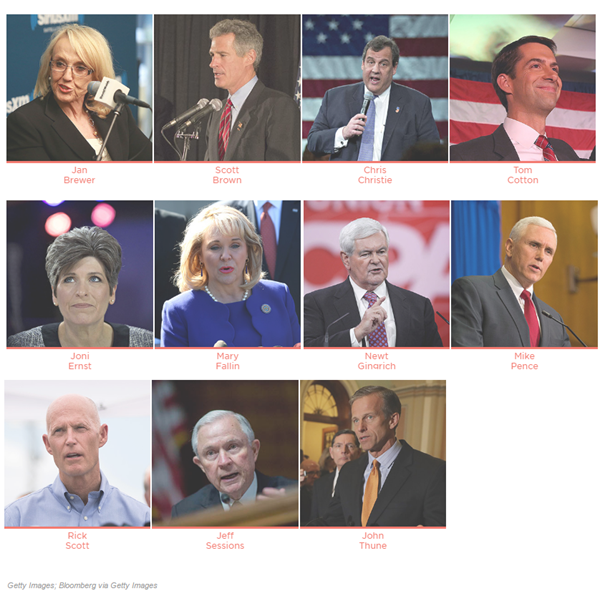 Trump is likely to make a decision this week, with the Republican convention starting next Monday in Cleveland. One reported frontrunner, Indiana Gov. Mike Pence, faces a Friday noon deadline to appear on the ballot for reelection or as vice presidential candidate. State law precludes him from doing both.

Having achieved some level of party harmony with the endorsement of Bernie Sanders, Clinton can now finalize her choice of a running mate in advance of the Democratic convention, beginning July 25 in Philadelphia. NPR lists 8 possibilities in their article out July 12th. 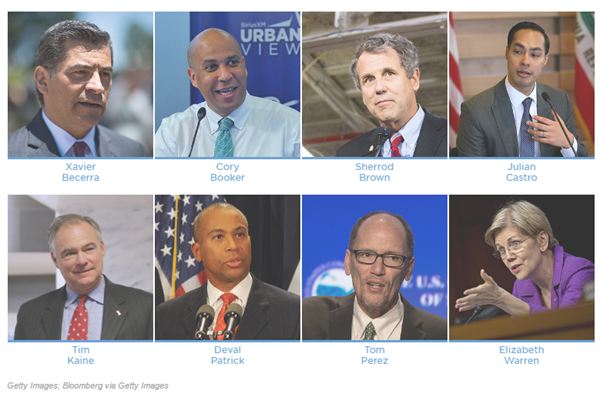 Virginia Senator Tim Kaine is frequently cited as a frontrunner. Supporters of Sanders might be more enthusiastic with a choice from the more progressive wing of the party, such as Senators Sherrod Brown of Ohio or Elizabeth Warren of Massachusetts. The article notes that Labor Secretary Tom Perez is very popular with labor unions and is a close friend of the presumptive Democratic nominee.