A new set of maps lets you see how each of the remaining candidates has performed in primary and caucus contests, including order of finish and delegates won. For events still to come, the total delegates are shown.

Delegate counts are from the New York Times and are subject to change, particularly for recent events. For example, only a portion of Missouri delegates have been awarded thus far. The maps will update as we get more information.

The active candidate's map is highlighted in green; click/tap to change to another candidate. This area also shows a summary of total delegates won by each candidate, and the percentage of remaining delegates needed to clinch the party's nomination. A value >100% means a candidate cannot* clinch the nomination prior to the party convention.

The Republican map, with Trump active, is shown below. 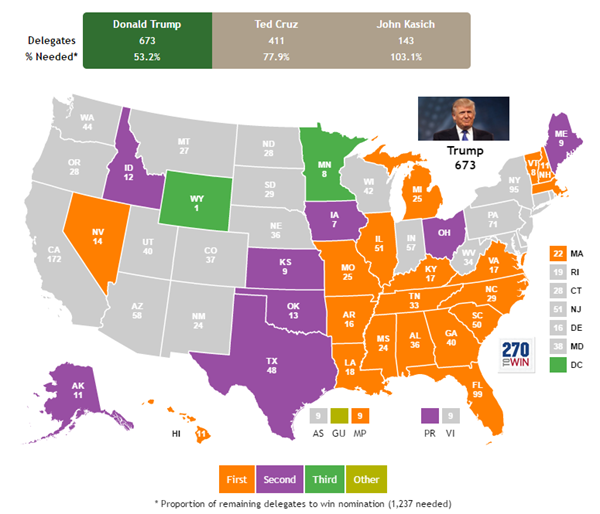 * Barring some unforseen circumstance. On the Democratic side, this assumes superdelegates remain with the candidate they have committed to support.