Here are the latest delegate counts including the (still partial) results of last night's primaries. The table also includes the percentage of the remaining delegates each candidate needs to secure his or her party's nomination. 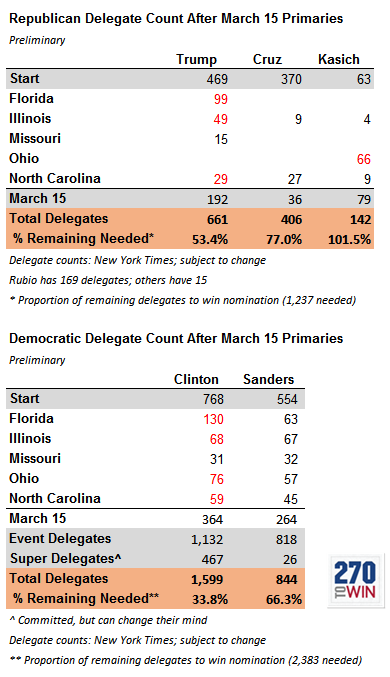 On the Republican side, in the absence of it changing to a two-man race, it would appear that Donald Trump is the only candidate that can realistically reach 1,237 delegates before the Cleveland convention. Trump needs about 53% of the remaining 1,079 delegates.

The election calendar gets quieter for the next couple weeks. The main event next Tuesday will be the Arizona primary. Trump and Clinton lead in relatively limited polling.