Republicans will control the Senate with 52 seats, Democrats will have 47 and a third Independent will join the body based on the current forecast of 270toWin users.

This map is based on about 1,500 valid submissions over the last 6 days through late morning Monday.  Predictions added by midnight tonight will show up in the final results to be published early Tuesday.

The first image below shows the projected winner by state; the 2nd the percentage distribution. The closer states (AK, CO, GA, IA) have been trending Republican in recent days. Kansas continues to be pretty consistent at around 60% for Greg Orman.

While this forecast says Georgia and Louisiana will ultimately go Republican, it is worth noting where we'll be after Election Day. If there are runoffs in both Georgia (possible) and Louisiana (very likely), and no decision by Greg Orman on party affiliation, Republicans would have 50 seats heading into the Louisiana runoff, one short of the number needed to officially control the Senate. 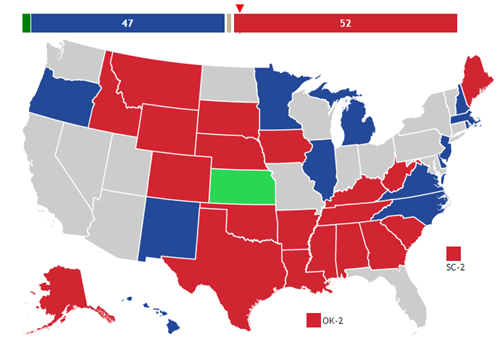 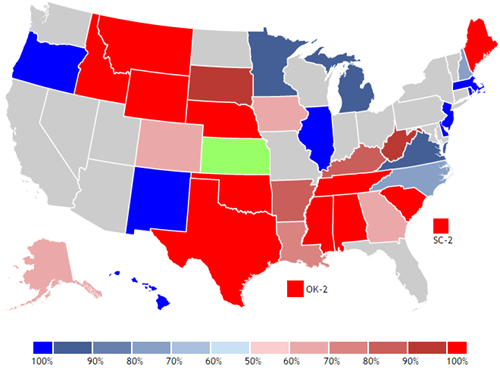