Use this link for other 2022 election results by office or state.

30 states will hold elections for Attorney General. Louis Jacobson, writing for Sabato's Crystal Ball says that "historically, these positions have been influential, albeit in a low-profile way, because of their responsibility for spearheading criminal and civil cases in their states. And if anything, their importance may have grown during the course of this campaign, given the Supreme Court’s decision to overturn the abortion ruling Roe vs. Wade, as well as continuing battles over election administration and voting rights."

In a more recent update, Jacobson discusses the more competitive Attorney General races on the ballot this year.

Ratings are by Louis Jacobson 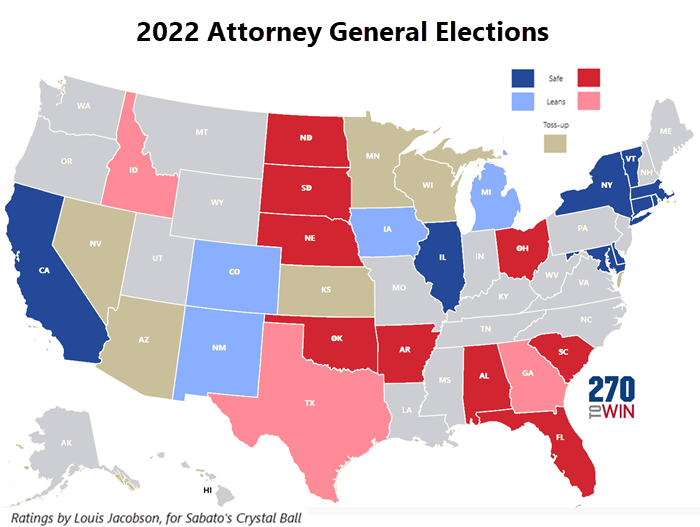