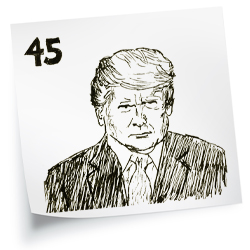 While Clinton received about 2.9 million more votes nationwide, a margin of 2.1% of the total cast, Trump won a victory in the Electoral College, winning 30 states with 306 pledged electors out of 538, and overturned the perennial swing states of Florida, Iowa and Ohio, as well as the "blue wall" of Michigan, Pennsylvania and Wisconsin, which had been Democratic strongholds in presidential elections since the 1990s. Leading up to the election, a Trump victory was projected unlikely by most media forecasts.

In the Electoral College vote on December 19, there were seven faithless electors; two defected from Trump while five defected from Clinton. Three other Clinton electors attempted to defect but were replaced or forced to vote again due to their respective state laws. Ultimately, Trump received 304 electoral votes and Clinton garnered 227, while Colin Powell won three, and John Kasich, Ron Paul, Bernie Sanders, and Faith Spotted Eagle each received one.

Trump became the fifth person in U.S. history to become president despite losing the nationwide popular vote. He is the first president without any prior experience in public service, while Clinton was the first woman to be the presidential nominee of a major American party. 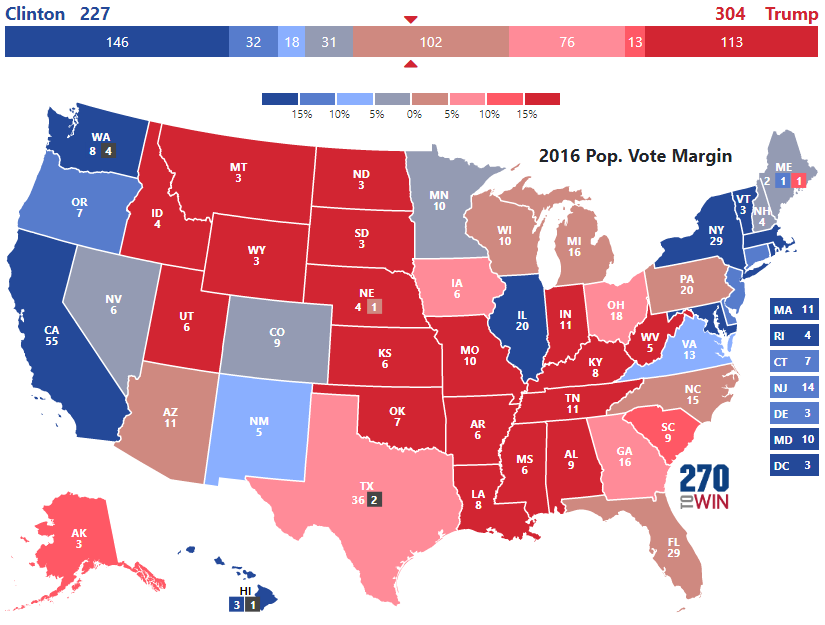