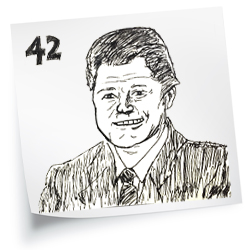 The United States presidential election of 1996 was a contest between the Democratic national ticket of President Bill Clinton of Arkansas and Vice President Al Gore of Tennessee and the Republican national ticket of former Senator Bob Dole of Kansas for President and former Housing Secretary Jack Kemp of New York for Vice President. Businessman Ross Perot ran as candidate for the Reform Party with economist Pat Choate as his running mate; he received less media attention and was excluded from the presidential debates and, while still obtaining substantial results for a third-party candidate, by U.S. standards, did not renew his success in the 1992 election. Clinton benefited from an economy which recovered from the early 1990s recession (indeed, economy was in its best shape since the Eisenhower administration of the 1950s), and a relatively stable world stage. On November 5, 1996, President Clinton went on to win re-election with a substantial margin in the popular vote and electoral college. 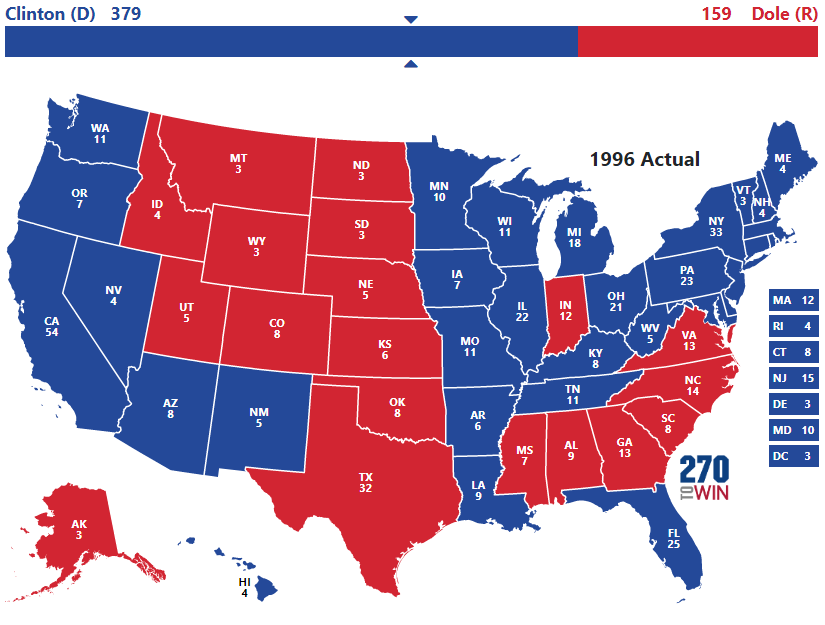 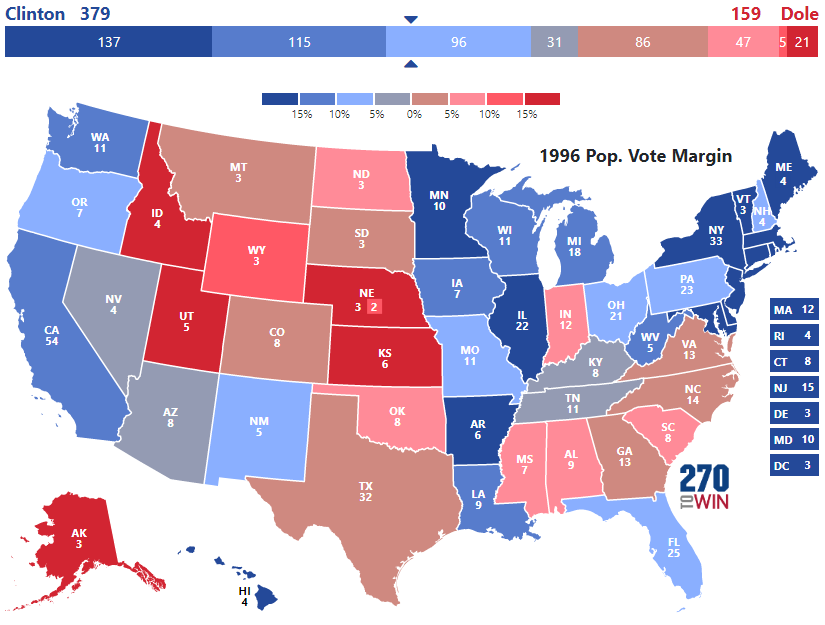