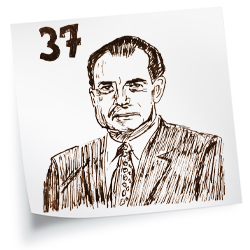 The United States presidential election of 1968 was the 46th quadrennial United States presidential election. It was a wrenching national experience, conducted against a backdrop that included the assassination of civil rights leader Martin Luther King, Jr. and subsequent race riots across the nation, the assassination of presidential candidate Robert F. Kennedy, widespread demonstrations against the Vietnam War across American university and college campuses, and violent confrontations between police and anti-war protesters at the 1968 Democratic National Convention.

On November 5, 1968, the Republican nominee, former Vice President Richard Nixon won the election over the Democratic nominee, Vice President Hubert Humphrey. Nixon ran on a campaign that promised to restore "law and order". Some consider the election of 1968 a realigning election that permanently disrupted the New Deal Coalition that had dominated presidential politics for 36 years. It was also the last election in which two opposing candidates were vice-presidents.

The election also featured a strong third party effort by former Alabama Governor George Wallace. Because Wallace's campaign promoted segregation, he proved to be a formidable candidate in the South; no third-party candidate has won an entire state's electoral votes since. 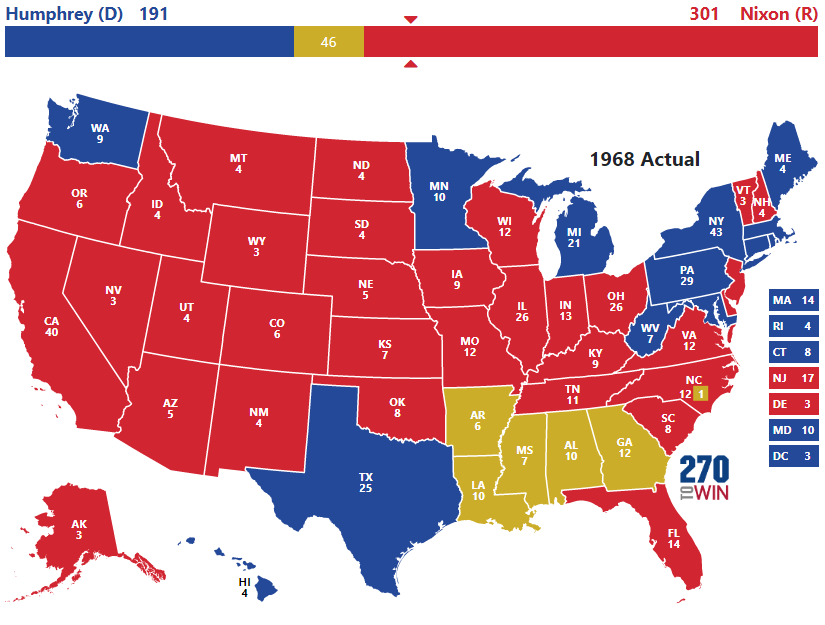