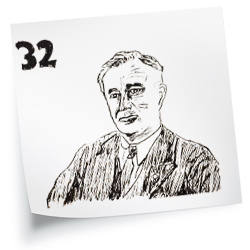 The United States presidential election of 1940 was fought in the shadow of World War II as the United States was emerging from the Great Depression. Incumbent President Franklin D. Roosevelt (FDR), a Democrat, broke with tradition and ran for a third term, which became a major issue. The surprise Republican candidate was maverick businessman Wendell Willkie, a dark horse who crusaded against Roosevelt's failure to end the Depression and eagerness for war. Roosevelt, aware of strong isolationist sentiment in the U.S., promised there would be no foreign wars if he were reelected. Willkie conducted an energetic campaign and managed to revive Republican strength in areas of the Midwest and Northeast. However, Roosevelt won a comfortable victory by building strong support from labor unions, big-city political machines, ethnic voters, and the traditionally Democratic Solid South.

The subsequent passing of the 22nd Amendment of the United States Constitution in 1947 renders this election the only occasion in American history in which a candidate was elected to a third term as president (Roosevelt was elected to a fourth term in 1944, but he died only a few months into that term). 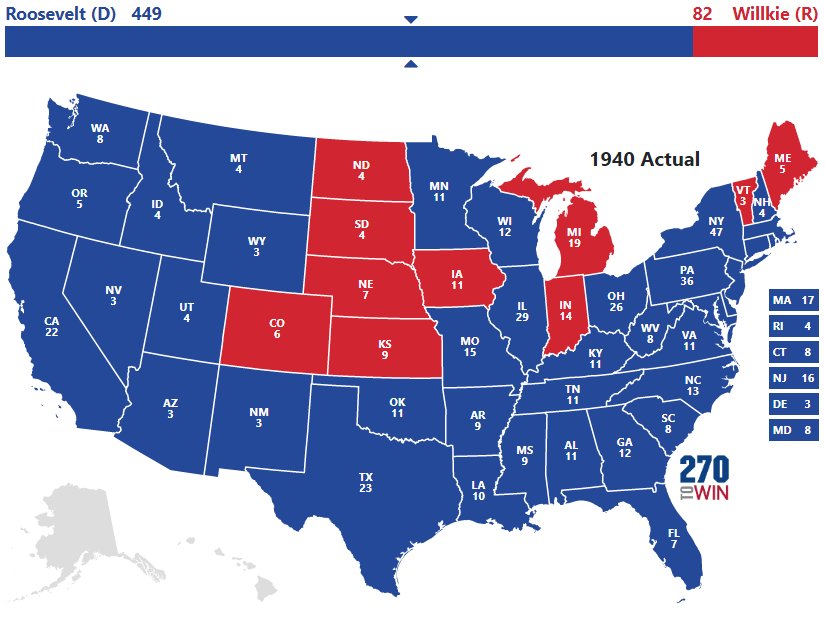