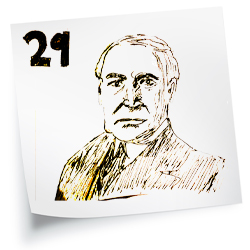 The United States presidential election of 1920 was dominated by the aftermath of World War I and the hostile reaction to Woodrow Wilson, the Democratic president. The wartime boom had collapsed. Politicians were arguing over peace treaties and the question of America's entry into the League of Nations. Overseas there were wars and revolutions. At home, 1919 was marked by major strikes in meatpacking and steel, and large race riots in Chicago and other cities. Terrorist attacks on Wall Street produced fears of radicals and terrorists.

Outgoing President Wilson had become increasingly unpopular, and following his severe stroke in 1919 could no longer speak on his own behalf. The economy was in a recession, the public was weary of war and reform, the Irish Catholic and German communities were outraged at his policies, and his sponsorship of the League of Nations produced an isolationist reaction.

The Democrats nominated newspaper publisher and Governor James M. Cox; in turn the Republicans chose Senator Warren G. Harding, another Ohio newspaper publisher. Cox launched an energetic campaign against Senator Harding, and did all he could to defeat him. To help his campaign, he chose future president Franklin D. Roosevelt as his running mate. Harding virtually ignored Cox and essentially campaigned against Wilson, calling for a return to "normalcy"; with an almost 4-to-1 spending advantage, he won a landslide victory. Harding's victory remains the largest popular-vote percentage margin (60.3% to 34.1%) in Presidential elections after the victory of James Monroe in the election of 1820. 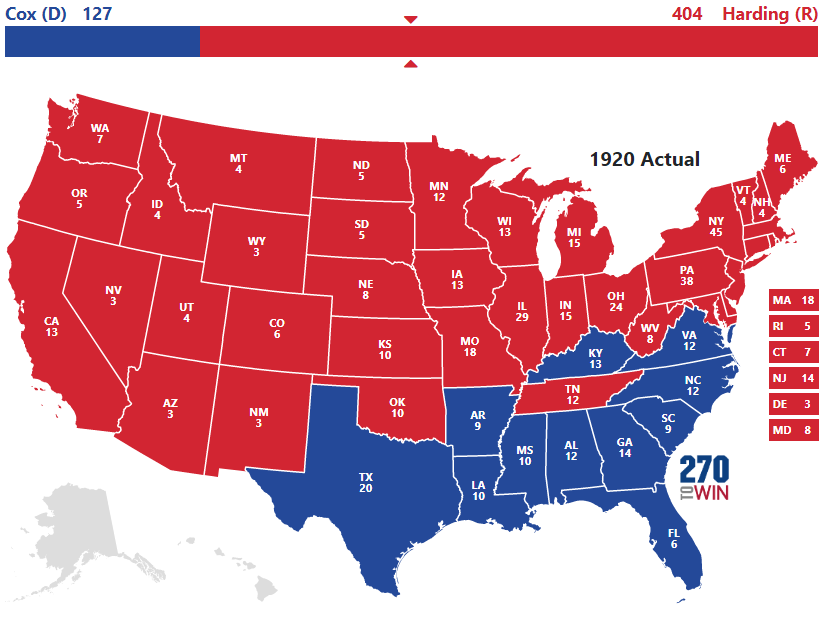