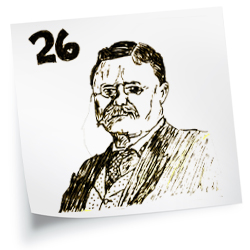 The United States presidential election of 1904 was held on November 8, 1904. The Republican Party unanimously nominated incumbent President Theodore Roosevelt for president at their 1904 national convention. Roosevelt had succeeded to the Presidency upon William McKinley's assassination. During the election campaign, Roosevelt called on the voters to support his "square deal" policies. The nominee of the Democratic Party was Alton B. Parker, Chief Judge of the New York Court of Appeals, who appealed for an end to what he called "rule of individual caprice" and "usurpation of authority" by the president.

Theodore Roosevelt easily won a term of his own, thus becoming the first "accidental" president to do so. Roosevelt won 56.4% of the popular vote; this, and his popular vote margin of 18.8%, were the largest recorded between James Monroe's uncontested re-election in 1820 and the election of Warren G. Harding in 1920. Roosevelt won the election by more than 2 1/2 million popular votes. No earlier president had won by so large a margin. 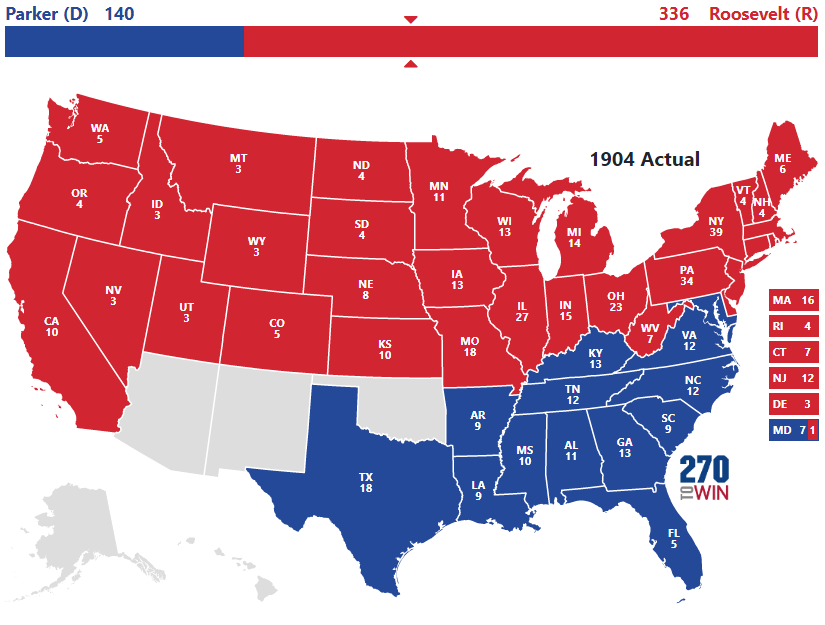