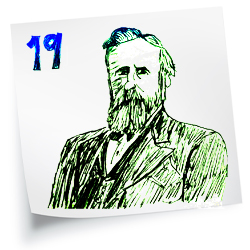 The United States presidential election of 1876 was one of the most disputed presidential elections in American history. Samuel J. Tilden of New York outpolled Ohio's Rutherford B. Hayes in the popular vote, and had 184 electoral votes to Hayes' 165, with 20 votes uncounted. These 20 electoral votes were in dispute: in three states (Florida, Louisiana, and South Carolina), each party reported its candidate had won the state, while in Oregon one elector was declared illegal (as an "elected or appointed official") and replaced. The 20 disputed electoral votes were ultimately awarded to Hayes after a bitter legal and political battle, giving him the victory.

Many historians believe that an informal deal was struck to resolve the dispute: the Compromise of 1877. In return for the Democrats' acquiescence in Hayes' election, the Republicans agreed to withdraw federal troops from the South, ending Reconstruction. The Compromise effectively ceded power in the Southern states to the Democratic Redeemers. 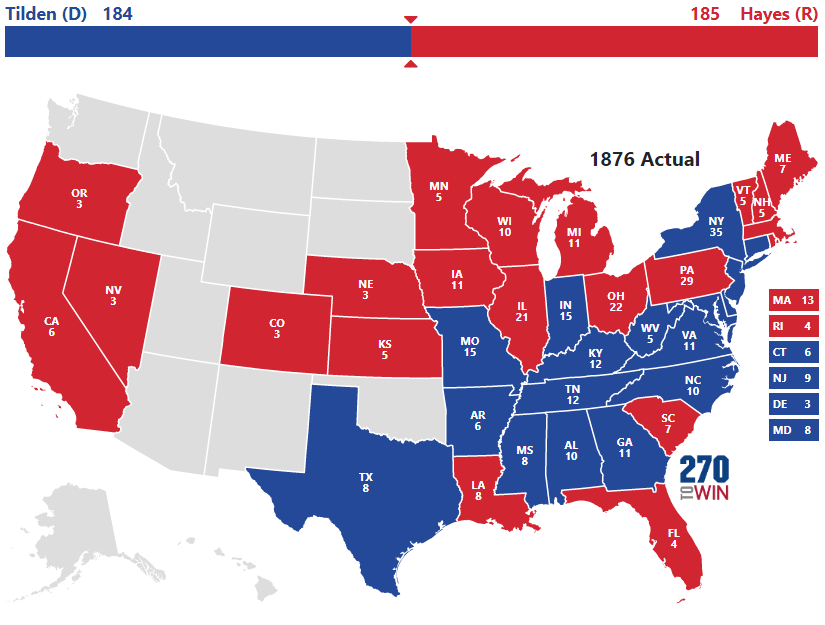