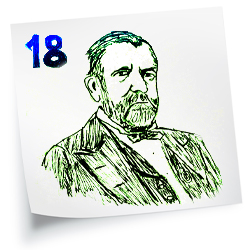 The incumbent President, Andrew Johnson (who had ascended to the Presidency in 1865 following the assassination of President Lincoln), was unsuccessful in his attempt to receive the Democratic presidential nomination because he had alienated so many people and had not built up a political base. Instead the Democrats nominated Horatio Seymour to take on the Republican candidate, Civil War hero General Ulysses S. Grant. Grant was one of the most popular men in the North due to his effort in winning the Civil War.

Although Seymour gave Grant a good race in the popular vote, he was buried in the electoral college. The popular vote was close, despite Grant benefiting from many advantages such as massive popularity in the North, freedmen voting in the South, and the disenfranchisement of many Southern whites. 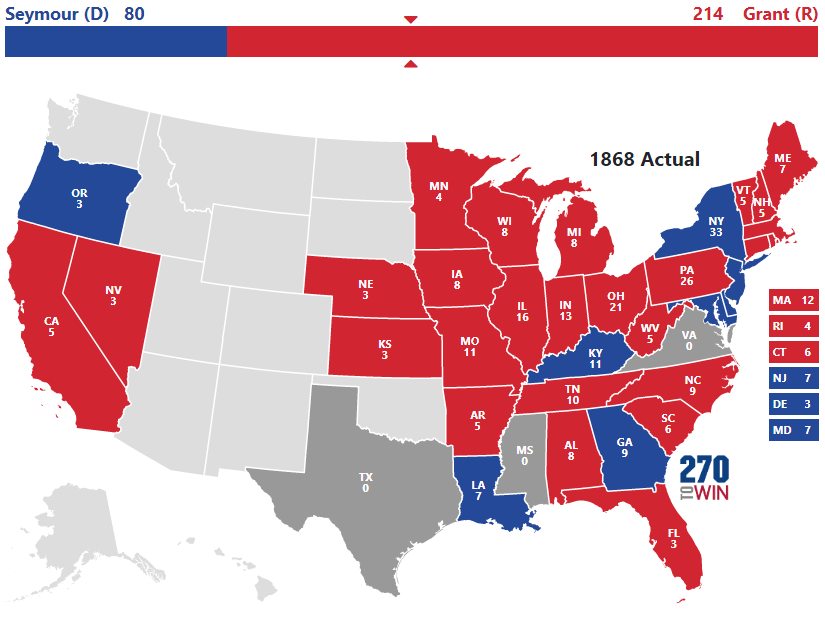