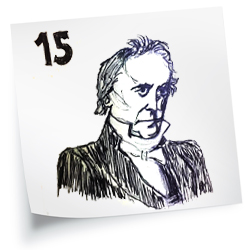 The United States presidential election of 1856 was an unusually heated election campaign that led to the election of James Buchanan, the ambassador to the United Kingdom. Republican candidate John C. FrÃ©mont condemned the Kansas-Nebraska Act, and crusaded against the Slave Power and the expansion of slavery, while Democrat James Buchanan warned that the Republicans were extremists whose victory would lead to civil war. The Democrats endorsed the moderate âpopular sovereigntyâ approach to slavery expansion utilized in the Kansas-Nebraska Act. Former President Millard Fillmore represented a third party, the relatively new American Party or âKnow-Nothingsâ. The Know Nothings, who ignored the slavery issue in favor of anti-immigration policies, won a little over a fifth of the vote.

The incumbent President, Franklin Pierce, was defeated in his effort to be renominated by the Democrats (their official party slogan that year was "Anybody but Pierce"), who instead selected James Buchanan of Pennsylvania; this was thanks in part to the fact that the Kansas-Nebraska Act divided Democrats. The Whig Party had disintegrated over the issue of slavery, and new organizations such as the Republican Party and the American Party competed to replace them. The Republicans nominated John FrÃ©mont of California as their first standard bearer, over Senator William H. Seward, and the Know-Nothings nominated former President Millard Fillmore of New York. Perennial candidate Daniel Pratt also ran. 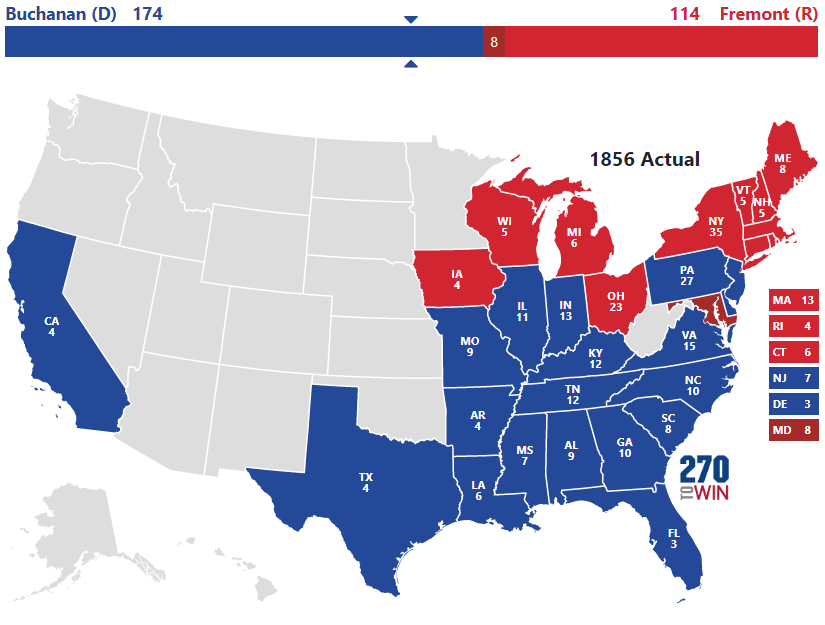