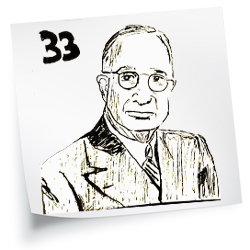 The United States presidential election of 1948 is considered by most historians as the greatest election upset in American history. Virtually every prediction (with or without public opinion polls) indicated that incumbent President Harry S. Truman would be defeated by Republican Thomas E. Dewey. Truman won, overcoming a three-way split in his own party. Truman's surprise victory was the fifth consecutive win for the Democratic Party in a presidential election. As a result of the 1948 congressional election, the Democrats would regain control of both houses of Congress. Thus, Truman's election confirmed the Democratic Party's status as the nation's majority party, a status they would retain until 1952. 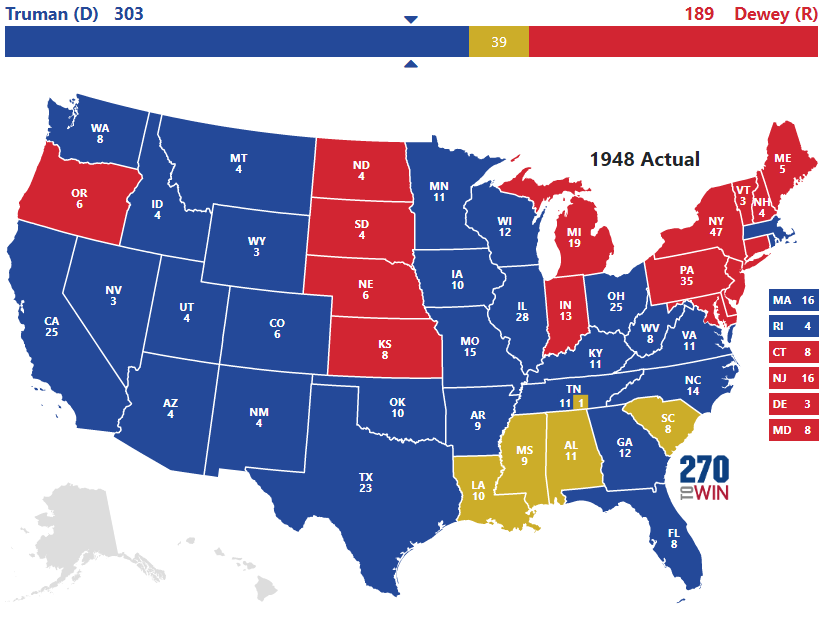