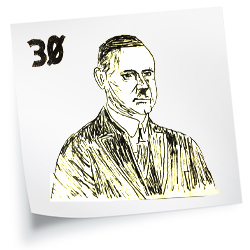 The United States presidential election of 1924 was won by incumbent President Calvin Coolidge, the Republican candidate. Coolidge became president in 1923 following the death of then-incumbent president, Warren G. Harding. Coolidge was given credit for a booming economy at home and no visible crises abroad. He was aided by a split within the Democratic Party. The regular Democratic candidate was John W. Davis, a little-known former congressman and diplomat from West Virginia. Since Davis was a conservative, many liberal Democrats bolted the party and backed the third-party campaign of Wisconsin Senator Robert M. LaFollette, Sr., who ran as the candidate of the Progressive Party. This was the first presidential election in which all American Indians were citizens and thus allowed to vote. Coolidge's 25.2-point victory margin in the popular vote is one of the largest ever. 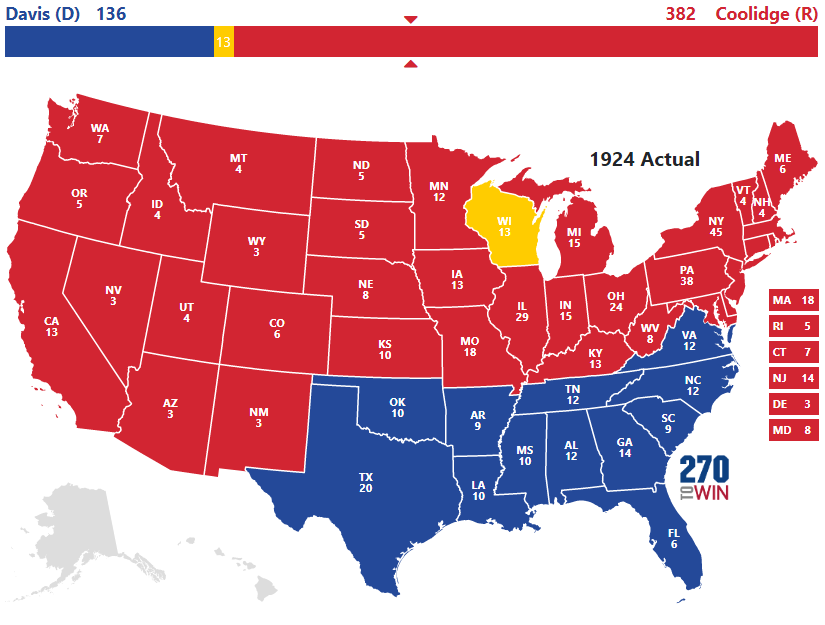