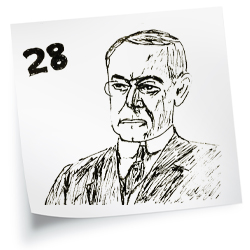 The United States presidential election of 1912 was fought among three major candidates. Incumbent President William Howard Taft was renominated by the Republican Party with the support of the conservative wing of the party. After former President Theodore Roosevelt failed to receive the Republican nomination, he called his own convention and created the Progressive Party (nicknamed the "Bull Moose Party"). It nominated Roosevelt and ran candidates for other offices in major states. Democrat Woodrow Wilson was nominated on the 46th ballot of a contentious convention, thanks to the support of William Jennings Bryan, the three-time Democratic presidential candidate who still had a large and loyal following in 1912.

Wilson defeated both Taft and Roosevelt in the general election, winning a huge majority in the Electoral College, and won 42% of the popular vote while his nearest rival won 27%. Wilson became the only elected President of the Democratic Party between 1892 and 1932. Wilson was the second of only two Democrats to be elected President between 1860 and 1932. This was also the last election in which a candidate who was not a Republican or Democrat came second in either the popular vote or the Electoral College and the first election where the 48 states of the continental United States participated. 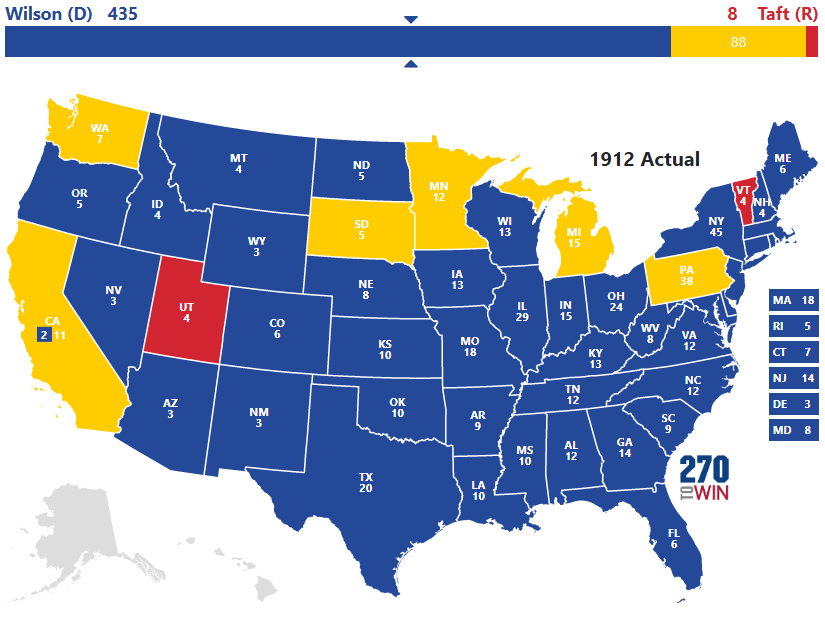