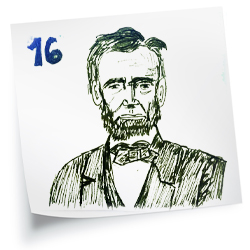 In the United States Presidential election of 1864, Abraham Lincoln was re-elected as president. Lincoln ran under the National Union banner against his former top Civil War general, the Democratic candidate, George B. McClellan. McClellan was the "peace candidate" but did not personally believe in his party's platform.

The 1864 election occurred during the Civil War; none of the states loyal to the Confederate States of America participated.

Republicans loyal to Lincoln, in opposition to a group of Republican dissidents who nominated John C. FrÃ©mont, joined with a number of War Democrats to form the National Union Party. The new political party was formed to accommodate the War Democrats.

On November 8, Lincoln won by over 400,000 popular votes and easily clinched an electoral majority. Several states allowed their citizens serving as soldiers in the field to cast ballots, a first in United States history. Soldiers in the Army gave Lincoln more than 70% of their vote.

This was the first election since the re-election of Andrew Jackson in 1832 that an incumbent president won re-election. Lincoln's second term was ended just 6 weeks after inauguration by his assassination. 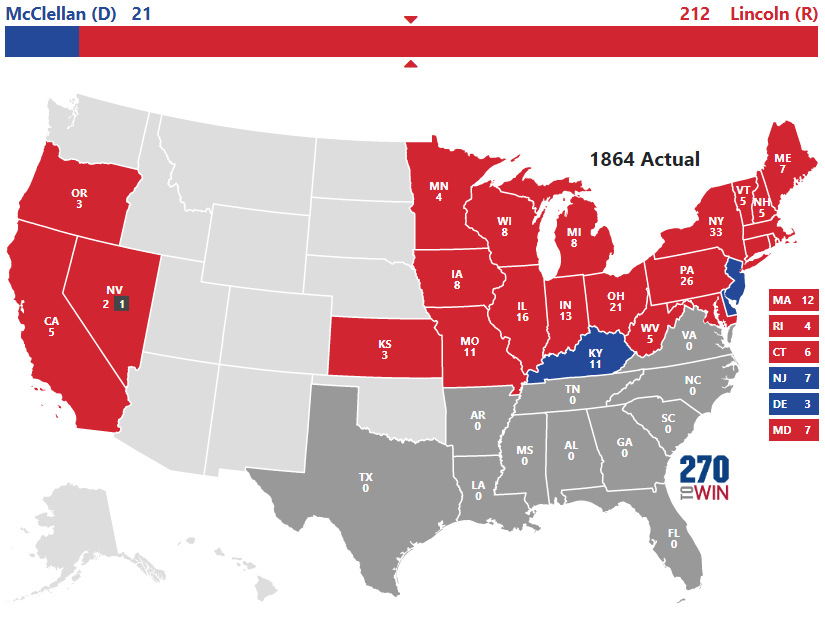