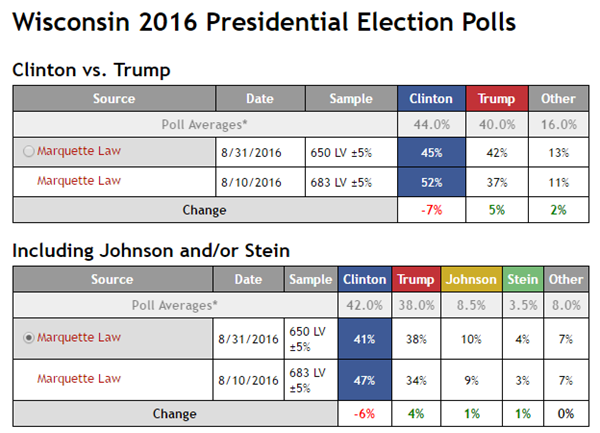 These polls shrink Clinton's lead over Donald Trump to 4 points, and the state is reclassified as a toss-up on the interactive map based on polls. It is worth noting that Clinton has led Trump in all 20 Wisconsin polls conducted this cycle and the state hasn't voted Republican since the Reagan landslide of 1984.