No Suspense: We Already Know the Party Winners for 77 House Seats 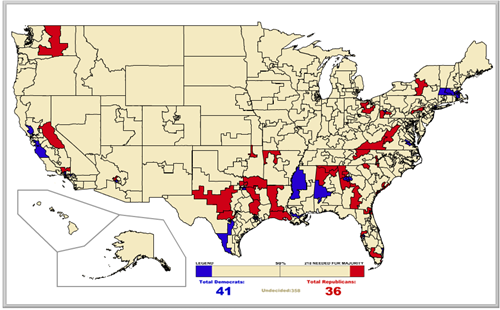 Almost 1/5 of the 435 House seats will go uncontested between the two major parties this November based on an analysis by 270toWin. (Underlying data here) 41 are held by Democrats, 36 by Republicans. These seats fall into 3 categories:

Data for this review was gathered from and is courtesy of The Green Papers and Wikipedia. If we've missed anything, please let us know.